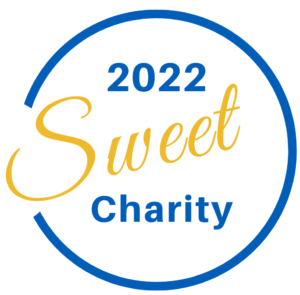 CarePartners’ 2022 Sweet Charity Difference Makers Luncheon honored the 36 years of dedication that our volunteers have shared across our programs.

Tom Breaux’s journey with CarePartners spans more than 32 years of dedicated service. Originally from Louisiana, Tom Breaux began working at CarePartners in February 1990, just two months after moving to Houston. Tom received both his bachelor’s and master’s degrees in psychology with honors from the University of Southwestern Louisiana. He was hired as a Care Team Coordinator, was later promoted to Care Team Program Manager, and was appointed by the Board of Directors in 2002 to serve as Vice President, a role he has held for the last two decades, in addition to
serving two terms as Interim President.

His passion for volunteerism and social services has focused on serving adults with disabilities such as Alzheimer’s, persons with HIV/AIDS, and seniors dealing with age-related challenges. “The elements that set CarePartners apart are the relationships with the many congregations and their dedicated, tireless volunteers, the care partners and caregivers we come to know and love as we serve them, the staff’s professionalism and camaraderie, and the organization’s creativity in adapting to significant changes,” says Tom. “No other organization could offer a richer or more rewarding career.”

In farewell, Tom offers: “CarePartners’ success is grounded in our flexibility to adapt our programs to specific illnesses and conditions, meeting the needs of those we serve while also reflecting diverse faith traditions and embracing the call to serve one another. My hope is that this remains fundamental to the mission moving forward.”

Karen Austin, Judy Ebling, and Elenor Kennedy serve their volunteers with the same confidence and compassion as they provide for older adults and their caregivers through Second Family, CarePartners’ in-home volunteer program. Karen Austin joined Memorial Drive Presbyterian Church (MDPC) 29 years ago as a greeter and now serves as a Deacon for Caring Ministries. As a choir member who had regularly visited fellow choir members who were hospitalized, Judy Ebling was asked to join the MDPC Second Family team as a leader in 2012. Elenor Kennedy has been active with MDPC’s Second Family team for 10 years. With her background in hospital nursing, Elenor is the team’s “go-to” for dealing with medical issues, such as going with partners to medical appointments and dialoguing with doctors. These women led the MDPC Second Family Team through the challenges of COVID, at a time when many were hesitant to serve. Judy, Elenor and Karen led by example, going above and beyond to assist older adults and families that were isolated through the pandemic.

The Sullivan family is going on four generations of service at Christ the Good Shepherd Catholic Church’s Gathering Place. Shannon Sullivan Hooper was part of the group’s founding 18 years ago and she eventually recruited her sister, Stacey Sullivan McCoy. Devotion to their monthly volunteer caregiving soon became a family affair. Sandy Sullivan, Shannon’s and Stacey’s mom, joined her daughters a few years later after caring for her own mother who had passed away from Alzheimer’s. Over the years, nine family members have contributed greatly to the Gatherings: mother Sandy, sister Shannon and her four daughters Shelby, Maggie, Morgan, and Taylor; and sister Stacey and her two children Luke and Grace. Bringing the joy full circle is Shannon’s new granddaughter, Rory, who has also visited the Gatherings on occasion.

Founded in 1985, Kingwood Women’s Club, is a nonprofit organization committed to partnering with community entities on their projects through volunteerism and financial assistance, while simultaneously promoting camaraderie among its members. During the club’s 2021-2022 year, their 140+ members spent over 15,000 hours volunteering in the community, including the Gathering Place at Kingwood United Methodist Church where members provide one-on-one supervision and companionship to persons with Alzheimer’s, Parkinson’s disease, and dementia, which provide relief and personal time for those persons’ family caregivers.

Nancy L. Wilson has been involved in clinical and academic work in the sectors of aging and care delivery since completing her graduate training in social work at the University of Chicago 45 years ago. Before retiring, she was Associate Professor of Geriatrics and Palliative Medicine and Faculty Associate of the Huffington Center on Aging at Baylor College of Medicine (BCM). Nancy’s practice and educational endeavors have been recognized widely, advancing best-practice models for families coping with chronic illness, including dementia, depression, and anxiety.

Nancy has a long history of local community service and national leadership in aging services and long-term care. She chaired the Board of Directors Committee that established the Dementia Day Center in 1987, which was the very first one in the State of Texas at the time, and which is now operated by CarePartners. Most recently, Nancy volunteered directly with the Dementia Day Center assisting with virtual and in-person programming during COVID-19.

Nancy’s most recent lessons have been as a caregiver for her mother who died after a 10 year journey with dementia and as she experiences the journey as a card-carrying Medicare recipient.